Coronavirus: What’s happening in Canada and around the world on Sunday

The country’s chief public health officer says Canada is running out of time to prevent a major resurgence of COVID-19, with Ontario and Quebec continuing to report some of their highest daily case counts in months.

The chance to avert a large comeback of the respiratory illness “narrows with each passing day,” Dr. Theresa Tam said in a statement on Saturday.

“It is clear that without all of us making hard choices now to reduce our in-person contacts and maintain layers of personal protections at all times, it won’t be enough to prevent a large resurgence,” Tam said.

Tam cautioned that the epidemic growth is already stretching local public health and laboratory resources — a warning borne out by a number of developments in Ontario, where a backlog of tests considered “under investigation” has grown to more than 91,000.

Public health officials in Toronto, meanwhile, announced that their case and contact-management team is making a “strategic shift” to focus only on the highest-risk scenarios.

That move came as case counts continued to climb in the city, which is one of three Ontario COVID-19 hot spots where new public health restrictions kicked in on Saturday.

The provincial government announced on Friday that Ottawa, Toronto and Peel Region would face tighter regulations. Restaurants, bars, banquet halls and gyms in those areas will all face restrictions on their operations. 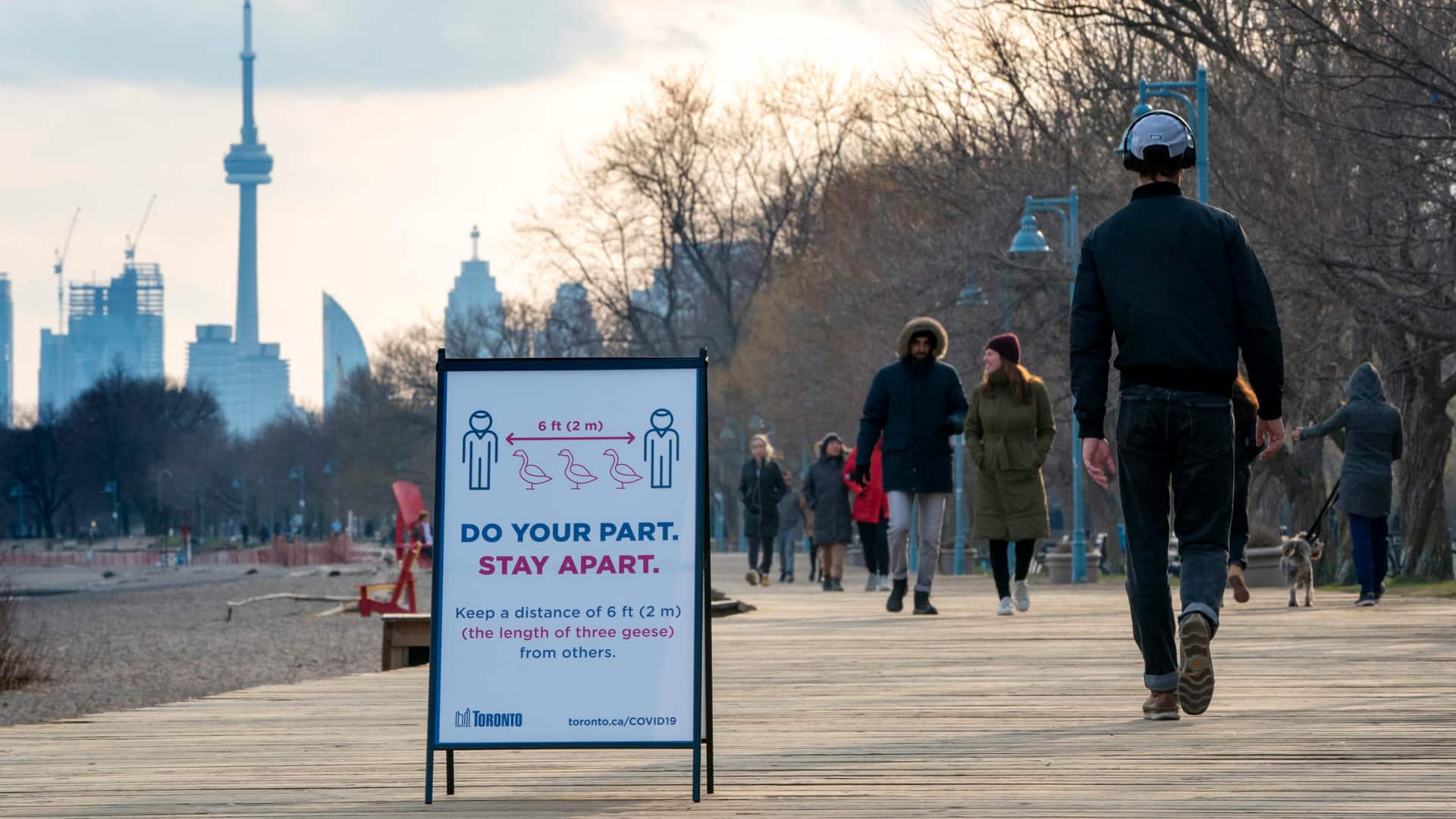 The owner of a Toronto restaurant says his business would struggle to keep its doors open if the city went into a second lockdown. He says he’s doing his best to remain optimistic regardless. 4:19

More restrictions could soon be imposed in hot spots of neighbouring Quebec as well, with the province planning to announce new rules for sporting activities and gyms on Monday.

Authorities in Quebec already consider greater Montreal, Quebec City and a region south of the provincial capital to be in red alert — the highest pandemic alert level — and have placed those regions under a partial lockdown for 28 days.

“If there was anyone who still needed proof that the situation is critical, we have it day after day,” Premier François Legault said Friday.

Quebec reported 1,079 new cases of COVID-19 on Sunday, down from 1,107 on Saturday — the largest daily increase since the pandemic began, and the second straight day the province reported more than 1,000 cases.

What’s happening in the rest of Canada

As of 4 p.m. ET on Sunday, Canada had 166,153 confirmed or presumptive coronavirus cases. Provinces and territories listed 140,242 of those as recovered or resolved. A CBC News tally of deaths based on provincial reports, regional health information and CBC’s reporting stood at 9,481.

Manitoba said Sunday that a person who previously tested positive for COVID-19 has died, marking the 23rd death in the province. The province also said there are 36 new cases.

New Brunswick reported no new cases on Sunday, and active cases dropped by half to just three. A new case yesterday snapped a seven-day streak of no new cases for the province. That case was located in the Saint John area and was related to travel outside the so-called Atlantic bubble, and the individual is self-isolating.

Nova Scotia also reported no new cases. There are still three known active cases in the province. One person remains in intensive care with the virus.

What’s happening around the world

According to the ongoing tally by Johns Hopkins University in Baltimore, the global total of confirmed coronavirus cases stands at more than 34.9 million. More than one million people have died, while more than 24.3 million have recovered.

In Asia, Sri Lankan authorities closed schools countrywide and imposed a curfew on Sunday in two suburbs in Western Province, after a person tested positive for the coronavirus.

South Korea has reported 64 new daily cases of the coronavirus, the fourth straight day its increase came below 100, possibly reflecting the fewer number of tests conducted during one of the biggest holidays of the year.

In Europe, Slovakia’s record surge of new confirmed coronavirus cases has not slowed down despite tough restrictive measures, surpassing 800 new daily cases for the first time.

Coronavirus infections in Russia hit a new record on Sunday, with the government reporting more than 10,000 new daily cases for the first time since mid-May.

In the Americas, U.S. President Donald Trump said the next few days will be the “real test” of his treatment for COVID-19, after a series of contradictory messages from the White House caused widespread confusion about his condition.

Overall, the continent has seen more than 1.5 million confirmed cases. South Africa accounts for the majority, with almost 680,000 infections.

Coronavirus: What’s happening in Canada and around the world on Monday