Canada and New Zealand both have hot housing markets, but only 1 has plan to cool things down

The idea that Canadian residential real estate prices are rising at an unsustainable pace is no longer just a subject for Twitter rants and COVID-era chats with family. The international media are paying attention.

But while many Canadians worry, the government of New Zealand — a country often likened to Canada for its soaring home prices — is attempting a solution by making it harder to get a mortgage. There’s little doubt Bank of Canada officials are keeping a close eye on the New Zealand experience. There are some here who say we should follow suit.

Asked directly at his most recent news conference last month whether Canada would adopt the New Zealand plan, Bank of Canada governor Tiff Macklem appeared dismissive, implying getting the economy back on track after the pandemic recession was more important.

“Do we need measures right now with respect to housing?” said Macklem. “Right now, the economy is weak, we’re just out of the second wave. I think we need the support — we need the growth we can get.”

Just before that news conference, Macklem had told an Alberta audience there were “early signs” of overheating in the residential property market as some people seemed to be buying based on the assumption prices would continue to rise. However, much of the pressure was also due to people looking for more space during COVID-19 lockdown measures, he said.

Monday’s latest data from the Canadian Real Estate Association will offer a fresh reading on whether the property boom is slowing.

Later today, the Bank of Canada is expected to announce it is holding interest rates steady at record lows, something critics here and in New Zealand say has helped inflame house prices, and not just in big cities. With signs the global economy is heating up, those concerns may intensify.

It is the fear of speculative investment in housing — based on high demand, low rates and rising prices — that has prompted action from the New Zealand government and the Reserve Bank of New Zealand (RBNZ), the Kiwi equivalent of the Bank of Canada.

After COVID-19, “the availability of affordable housing — that was the No. 2 issue identified as being most important,” national pollster Emanuel Kalafatelis told Radio New Zealand last weekend.

But, for the central bank, a more important concern is the effect on the entire economy if house prices are allowed to continue to soar only to come crashing down once interest rates begin to rise.

“We are now concerned about the risk a sharp correction in the housing market poses for financial stability,” RBNZ deputy governor Geoff Bascand said last month. “There is evidence of a speculative dynamic emerging with many buyers becoming highly leveraged.”

In an attempt to prevent a speculative bubble from growing, the RBNZ raised the minimum required for mortgage down payments on March 1, and will raise them again on May 1, including even stricter borrowing requirements for investors.

“A growing number of highly indebted borrowers, especially investors, are now financially vulnerable to house price corrections and disruptions to their ability to service the debt,” said Bascand, who is also in charge of financial stability at the central bank. “Highly leveraged property owners, in particular investors, are more prone to rapid ‘fire sales’ that potentially amplify any downturn.”

As of May, most buyers who plan to live in their home will be required to provide a down payment of 20 per cent. Investors will need to put down 40 per cent. 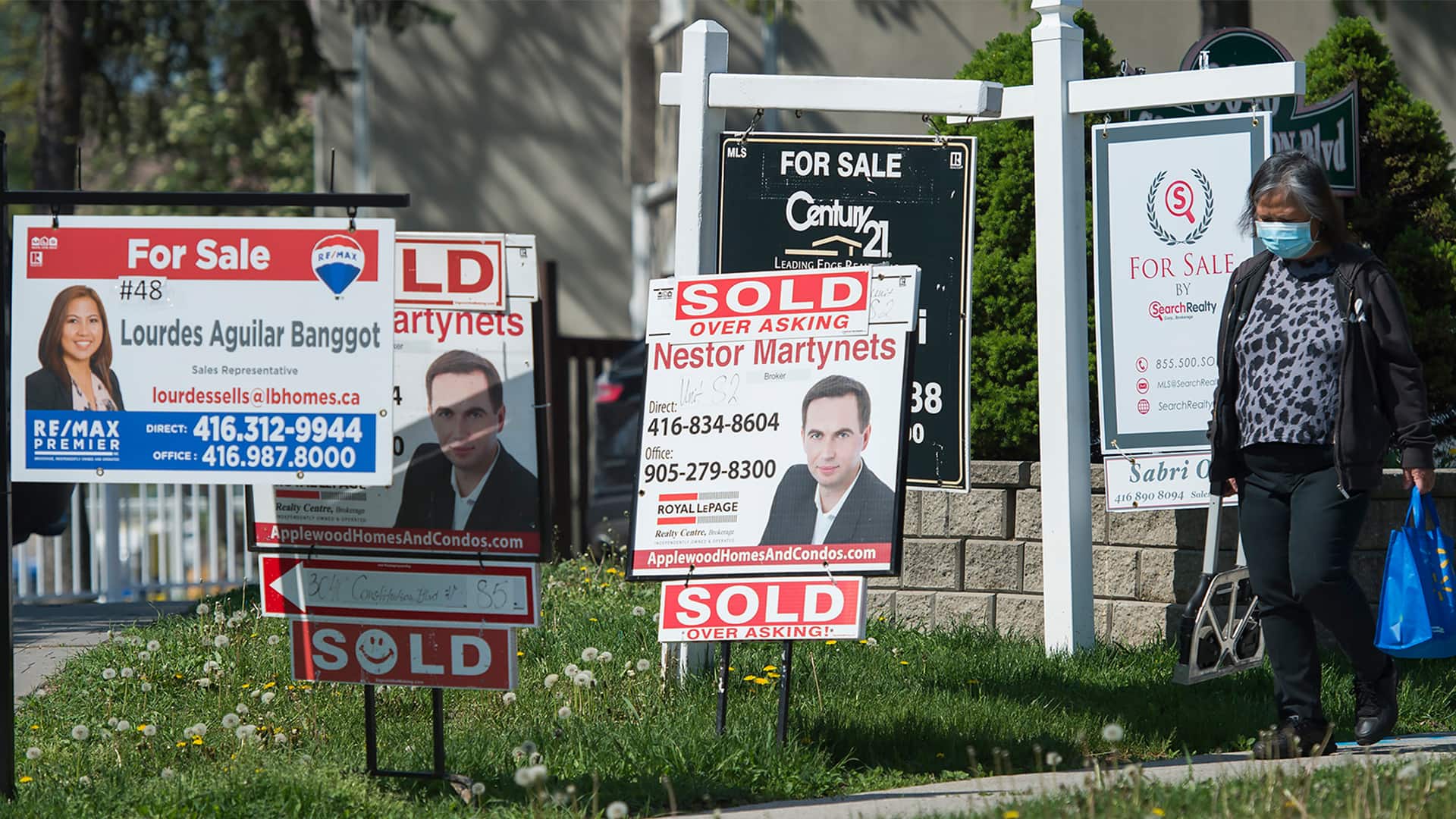 New numbers for Vancouver-area real estate highlight a trend seen in cities across Canada: an increased demand especially for single-family homes. The conditions created by the pandemic have persuaded some families to redirect their spending toward housing. 1:58

Jordan Dupuis, a New Zealander who came to Canada to complete a master’s degree in political science and stayed here to work, sees many parallels between the two countries, including prohibitive prices for young people who don’t already have a stake in the real estate market. Unlike Canada, New Zealand banned most foreigners from buying in its housing market back in 2018.

Dupuis, who lives in Toronto, said housing affordability seems to have become more of an issue in New Zealand. However, there’s a similar large “gap between average incomes and the average house price,” he said. Here in Canada, Dupuis used to own a house but sold it in favour of renting.

“The prospect for getting back into the market is very difficult right now,” he said.

Garth Turner, a business journalist, financial adviser and former federal cabinet minister who has long been critical of Canada’s heated housing market, says he believes this country will eventually be forced to follow New Zealand’s lead.

“We’re going to have to do something about this because the average family can no longer afford the average house, not just in Toronto and Vancouver, but in Owen Sound and Squamish and Halifax,” said Turner, author of a book and blog titled Greater Fool: The Troubled Future of Real Estate, where he warns about a potential sharp decline in real estate prices.

So far, the great property crash has not happened in Canada, but Turner says with prices and borrowing climbing ever higher, an eventual rise in rates could have the kind of effect the RBNZ is worried about in New Zealand.

“This is a ticking time bomb in Canadian society right now,” Turner said in an interview.

One of the problems with the New Zealand plan is that while it may act to calm the soaring market, higher down payments are one more barrier making it difficult for young buyers to get a home of their own.

As Jordan Dupuis observed, whether in New Zealand or in Canada, putting a lid on home prices when interest rates are so low, when everyone wants a little more space and people with money are willing to bid prices up, is not a trivial task.

“If it had an easy fix, we would have fixed it by now,” he said.

Canadians have logged 8,000 formal complaints about airlines since pandemic began

Economists agree Canada is in a recession, but there’s little consensus on why

WestJet increases service for August, but remains far below level from a year ago