Coronavirus: What’s happening in Canada and around the world on Saturday

Several provinces are looking to ramp up COVID-19 restrictions as new hot spots crop up across the map, pushing Canada’s caseload closer to the 200,000 mark.

Canada’s chief public health officer says the national count has climbed by an average of 2,300 cases per day over the past seven days, while an average of 20 people per day die from the illness.

Ontario tightened restrictions on long-term care homes in three hot spots on Friday, as the premier also made the reluctant decision to reinstate stricter rules on a fourth region north of Toronto.

Premier Doug Ford said York Region will revert back to a modified Stage 2 of the province’s pandemic plan in an effort to curb an “alarming” surge in COVID-19 cases.

“We’re seeing a rapid increase in the rate of infection, with the positivity rate of 2.77 per cent, above the high-alert threshold of 2.5 per cent,” Ford said of York.

“Most concerning of all, critical care admissions are reaching alarming levels.”

The move is set to take effect Monday and will remain in place for the region for 28 days. New measures include a ban on indoor service at restaurants, the closure of gyms, yoga studios and movie theatres, and caps on public gatherings of 10 people indoors and 25 people outdoors.

Health Minister Christine Elliott said the province is assessing the situation in Halton Region. west of Toronto, to see if similar measures are merited.

Ontario reported 712 new cases of COVID-19 on Friday, as well as nine new deaths related to the virus.

The majority of the province’s cases are concentrated in Toronto, Peel Region and Ottawa. As of Friday, residents of long-term care homes in those regions are not allowed to leave for social or personal reasons.

As of 5 a.m. ET on Saturday, Canada had 194,106 confirmed or presumptive coronavirus cases. Provinces and territories listed 163,644 of those as recovered or resolved. A CBC News tally of deaths based on provincial reports, regional health information and CBC’s reporting stood at 9,722.

The Manitoba government is scaling up its restrictions in the Winnipeg area amid growing concern about community spread.

The two-week mandate, which comes into force Monday, prohibits gatherings of more than five people, shuts down beverage rooms and casinos, and restricts restaurants, lounges and retail stores to half-capacity. 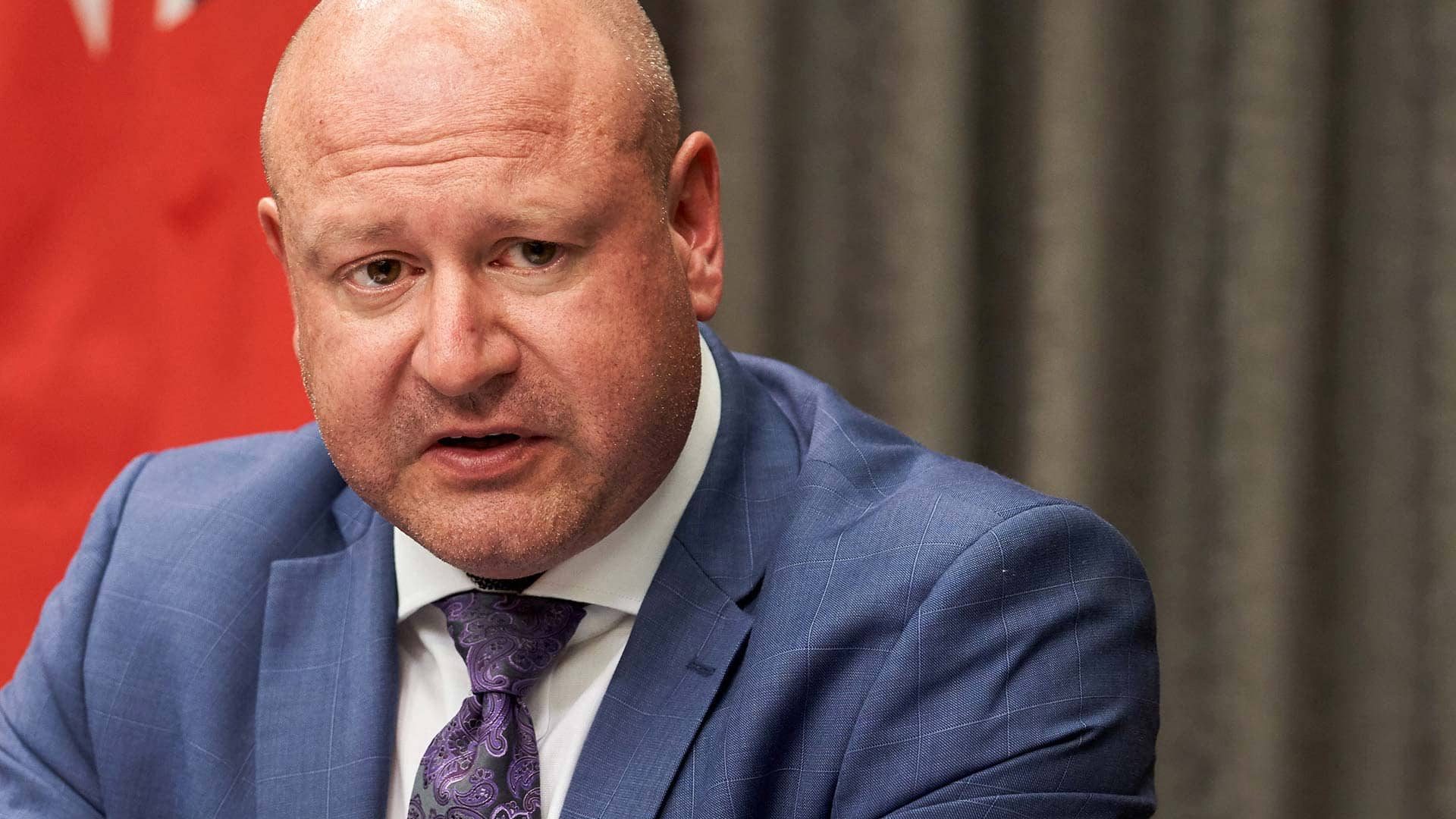 A report released Friday found that Quebec may have dodged a public health disaster by rolling out lockdown measures across much of the province earlier this month.

But the institute’s forecasts suggest the regulations in these “red-zone” regions, which include Montreal and Quebec City, can only go so far to stem the spread of the virus.

Quebecers will also have to reduce their contacts with others by 25 per cent to bring the uptick in cases under control, according to the report.

The Listuguj First Nation, which is near the province’s New Brunswick border, also announced it was shutting down most government operations after reporting its first COVID-19 case.

Nova Scotia is reporting one new case of COVID-19, while the Northwest Territories says three people have received presumptive positive test results for the virus.

Newfoundland and Labrador is reporting three new confirmed cases of COVID-19, all related to travel.

As hospitals admit a weekly average of 870 patients per day, Dr. Theresa Tam urged Canadians to do their part to reduce the burden on the health-care system by getting their flu shot as the seasonal virus converges with the second wave of the pandemic.

While the flu shot doesn’t protect against the virus that causes COVID-19, Tam said getting vaccinated reduces one’s risk of back-to-back or simultaneous infections that can lead to more severe health outcomes.

“Our best bet to keep everyone safer is to layer on all the protections we have available,” Tam said at a news conference Friday.

A group of international experts push back against the Great Barrington Declaration and its pursuit of COVID-19 herd immunity, calling it “a dangerous fallacy unsupported by scientific evidence.” 2:05

Prime Minister Justin Trudeau told reporters that the federal government is prepared to step in to ensure provincial authorities are protecting older Canadians from the outbreaks that ravaged long-term care homes in several regions last spring.

While some provinces handled the crisis better than others, Trudeau said the pandemic has laid bare chronic gaps in the long-term care system, and all levels of government share a responsibility to fix them.

“We’ve seen that those institutions haven’t done a good enough job in this pandemic,” he said. “To not take the moment of this crisis to reflect on how we can improve outcomes for everyone would be completely irresponsible.”

What’s happening around the world

According to Johns Hopkins University in Baltimore, Md., the global total of confirmed coronavirus cases stands at more than 39.3 million. More than 1.1 million people have died, while more than 27.1 million have recovered.

Qingdao, a coastal city in eastern China, has completed coronavirus testing for its 11 million residents following an outbreak and found no new infections so far.

The citywide testing was ordered after 13 people were infected in China’s first locally transmitted cases in over two months.

Iran announced Saturday that its death toll from the novel coronavirus has passed the milestone of 30,000.

The country has seen the worst outbreak in the Middle East, with more than 526,000 confirmed cases.

In France, the city of Paris and eight other regions will be under a nighttime curfew, starting at midnight, aimed at curbing the spread of the virus. The other regions affected are Grenoble, Lille, Lyon, Aix-Marseille, Toulouse, Montpellier and Saint-Etienne. President Emmanuel Macron said the curfew, on around 20 million people, will be in place until at least Dec. 1.

WATCH | Virus not spreading equally across Europe, WHO says:

Cases of COVID-19 are on the rise in 80 per cent of European countries, according to the World Health Organization’s Dr. Maria Van Kerkhove, with local ‘hot spots’ the driving force.   1:56

Chancellor Angela Merkel has urged people in Germany to curb social contacts and keep travel to a minimum to help slow the spread of the coronavirus.

“Difficult months are ahead of us,” she said in her weekly video podcast. “How winter will be, how our Christmas will be, that will all be decided in these coming days and weeks, and it will be decided by our behaviour.”

While Germany’s infection rates have been lower than in much of Europe, they have been accelerating and hit a daily record high of 7,830 on Saturday, according to the Robert Koch Institute (RKI) for infections diseases. The reported death toll rose by 33 to 9,767.

Australia’s Victoria state has reported just one new case of COVID-19 and no deaths as the city of Melbourne moves closer toward the easing of some lifestyle restrictions on Sunday. Victoria Premier Daniel Andrews has indicated the changes would be more “in the social space.”

Melbourne under state of emergency, curfew to contain spike in coronavirus cases